Having a little garden at home requires a significant amount of water for watering purpose. By trying to be eco-responsible, I decided to install a rain barrel on the top (literally on the roof) of my apartment building since I live on the last floor and have no access to the backyard / groundlevel.

With an home automation system in place, but mostly because I have no easy access to the roof of the building, I wanted to have a status of the rain barrel water level. Thanks to my friend @Chris who quickly came up with a solution.

Couple of days later, @Chris told me that the rain barrel water level monitor was ready. Hmm okay! He handed me a Masson jar containing bunch of wires, a battery cell, couple of electronic components, with two other long wires coming out of the jar to both a sonar and a solar panel. Hurray! I now have a new project of learning how to work with theses electronic components and how to reprogram the code that he pushed in it for my own purpose! 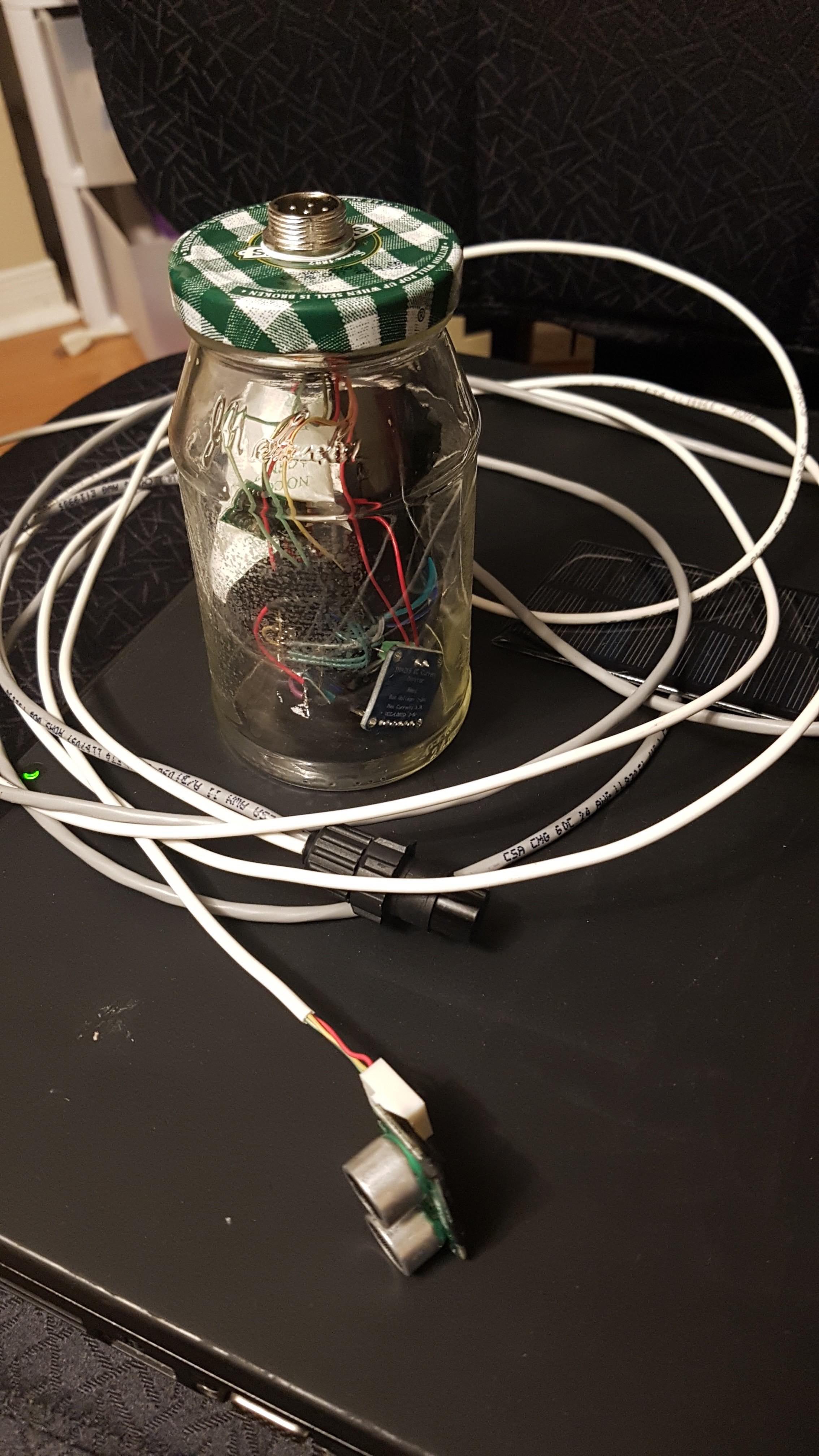 After playing a bit with the setup and messing with the code (go figure, I didn’t even brick the device !), I came up with something that fits my needs. I decided to replace the Masson jar by a white weatherproof case since it contains all the electronic parts and I didn’t want any water infiltration. The color choice came from the fact that the device would be on the roof exposed to sun and heat and I didn’t want the case to absorb heat as a black one would. I also added a temperature / humidity sensor to the case to be able to monitor both environmental values which would indicate if the battery is about to melt (!!) or if there is any water infiltration. 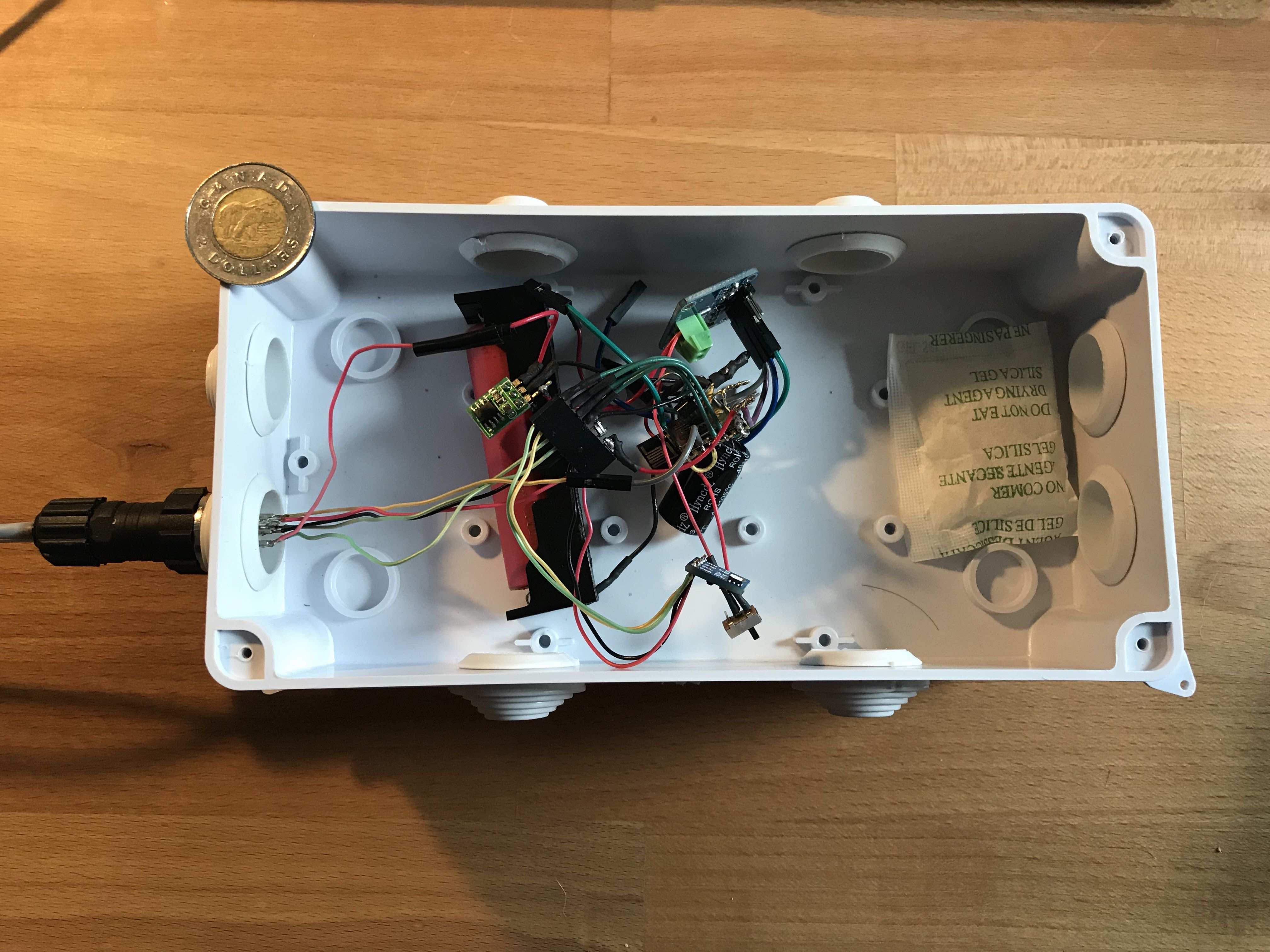 Setup in the new case

Now that all of the components were in place in the case, I had to address how to install the sonar so that it can hang from the top of the barrel without being (too) exposed to water.